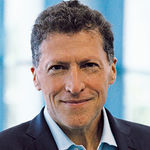 In autumn 2019, I handed in a chapter for a book on overtourism that was being put together by the Center for Responsible Travel. The book, “Overtourism: Lessons for a Better Future,” edited by Martha Honey and Kelsey Frenkiel, was scheduled to be published the following summer.

But during that summer of 2020, overtourism was not on many people’s minds. For the travel industry, the absence of tourism in most places overshadowed all other considerations. The publication of the book was pushed back to May 2021, and a chapter was added imagining a possible post-pandemic “new normal” where overtourism would be effectively addressed.

In the chapter I submitted, which traced contributing factors leading to overtourism and where I thought things were likely headed, I noted that civic leaders and legislators had long been persuaded to create welcoming regulatory environments for tourism because tourism offered tempting economic benefits. Tourism jobs couldn’t be moved offshore or relocated, and even residents who weren’t involved in the industry would see that portions of their tax burden were shifted to visitors.

Chicago is hardly alone in hitting up visitors. NYC & Company calculated that without tourism, New York residents would pay an average $2,000 more per household in taxes.

The economic arguments worked. To emphasize tourism’s financial contribution, former VisitBritain chair Christopher Rodrigues once told me that various national tourism week celebrations should be replaced by national no-tourism weeks, when residents who take the economic benefits of tourism for granted would feel its withdrawal acutely.

But during our recent international no-tourism months, the economic pain was lessened to some degree by government subsidies and the economic pact between tourism and destinations was replaced by what was, for some residents, the joys of no-tourism.

Just as the Great Resignation was the result of people rethinking the trajectory of their lives and careers, economic benefits became, for many people, secondary to quality of life considerations. At a recent Travel Weekly Hawaii tourism roundtable, John De Fries, CEO of the Hawaii Tourism Authority, said, “We ended 2019 with a record number of arrivals: 10 million visitors, $17.8 billion in expenditures and $2.2 billion in state tax revenue. Six months later, we’re hovering around zero arrivals.

“One morning, I’m on the beach. My neighbors are euphoric. The pandemic hits, and they get a snapshot of what it’s like to have the beaches back, no traffic, no parking problems.”

De Fries called it “a sugar high. It’s temporary.” But what stuck was that Hawaiian residents felt that they, not travel interests, should have the final say on visitor flow. That sentiment was no doubt a contributing factor to the state switching funding for tourism promotion from the Hawaii Visitor and Convention Bureau to the Council for Native Hawaiian Advancement. (That decision is being appealed by the bureau.)

And earlier this month, Barcelona, ​​whose major ran on a platform of reining in tourism, put a cap on tour group sizes. It had already banned short-term home rentals, as the Hawaiian island of Oahu has done outside of resort areas. “This is about taking back our neighborhoods,” said Honolulu major Rick Blangiardi when he signed the measure.

I’ve come to believe that, ironically, the forces behind resistance to tourism and the current travel surge are two sides of the same coin. It’s a pandemic-powered mindset that inspires “Get control of your life!” and “Reduce your dependence on material goods. Savor experiences!” but also “Seize the moment and take the trip you’ve always wanted to — and do it with friends and family.”

How sticky are these related sentiments? Is it just a pendulum swing that will eventually reverse, or have we walked through a door that shut behind us?

I suspect the length of its term will be dependent on geography and generations.

Geography, because overtourism is only a problem in a minority of destinations. Sophisticated destination managers keep an eye out for resident resentment, but most are still strategizing to increase arrivals.

Generational, because even though the pandemic affected every human on Earth, the strength of the impact depends on where you were in life and your prepandemic level of happiness with your place in the status quo.

We all became more introspective during the pandemic. It made some of us want to travel more and recent other travelers more. Both are born from an increased desire to live life fully.

And ultimately, the desire to live life fully cannot be bad for travel.